The culture of Maldives is a combination of many cultures – Cultures brought by the sea farers over the centuries. Influences of India, Sri Lanka, Arabia, Persia, Indonesia, Malaysia and Africa are evident in the unique culture of the Maldives. Maldivians have embraced these influences over the years and created their own cultural identity like no other.

A rich culture evolved from the first settlers in the Maldives, you can still spot some of the traditions they brought with them. Some of the traditional drumming and dancing (known as ‘boduberu’) shows African influences, with rhythmic beating of drums and some songs in a language resembling that of East African countries.

Traditional handicrafts include matt-weaving and beautiful lacquer-work, usually painted in black, red and yellow. Although these traditions are less commonplace today, there are still some talented craftsmen and women who make these (matts are weaved exclusively by women). They can be found in souvenir shops at resorts, hotels and in inhabited islands and make a wonderful souvenir of your holiday in the Maldives. 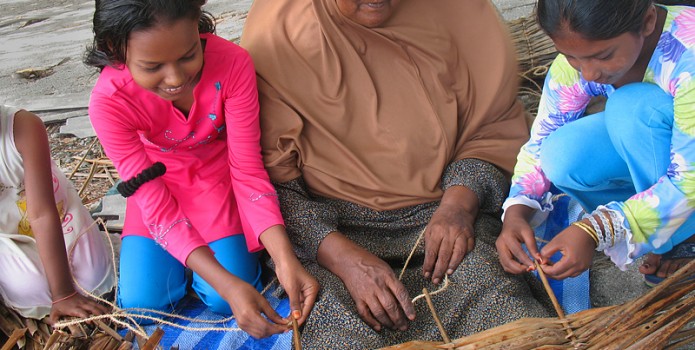